Get fresh music recommendations delivered to your inbox every Friday.
We've updated our Terms of Use. You can review the changes here.

from "Confessions", by God, as told to Peyton Burgess by Esque 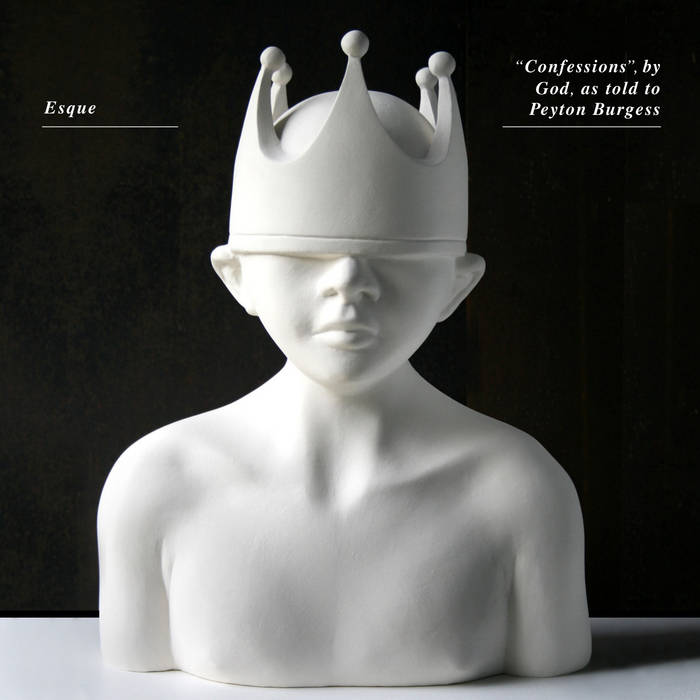 Due to the activities going on in our own city, Esque is changing the release schedule of our upcoming EP. The initial plan was to release one song each Tuesday for the next three weeks. Rather than releasing "Bones to Be" as scheduled on Tuesday, October 18, we are making it available immediately, and rather than giving it away for free, we are allowing listeners to name their own price, with all proceeds going to the Occupy Wall Street movement. This may seem crass or opportunistic, but the occupation of Wall Street is a movement that we support and have participated in, and we are honored to donate our art for it.

Class warfare is real, but the rich are winning, soundly, and always have been. We only ask for a little more economic parity. Some people don't eat to feed their children, while the sons and daughters of the rich get every opportunity the world has to offer. Corporate entities have hijacked our political process for the sole purpose of profiting from our being. Capitalists ask that you vote with your dollars. Now so do we. Perpetuate the extraordinary popular delusion that is money and give now to what is shaping up to be one of the most important real grassroots movements that America has ever seen.

We try and we toil and we hope to achieve some lasting dream
Our successes mean nothing, we all end our scheme as bones to be

I accept my fate, swallowed by the sun peacefully
I just want some meaning for my progeny, these bones to be

A star, I'm gonna be a star

Esque are New Yorkers from the South--Memphis and Buenos Aires--and they think it's a waste of time to play only one kind of music when, you know, the Internet exists.

Bandcamp Daily  your guide to the world of Bandcamp